Wow! All of a sudden it seems like HOA media coverage has exploded! A raindrop here and there, and all of a sudden a thunderstorm!

HOA aficionados, lawyers, liars, and HOA organizations that perjure themselves while testifying in State Legislatures continue to complain that true HOA problems are so rare they don’t merit attention. Rare, indeed! The rare HOA is one that DOESN’T have problems.

Get it, folks? HOAs are universally as fascist as they are incompetent. Bullies run for the board. They get elected because homeowners have been bullied into submission and don’t even dare to attend the meeting and vote. Once a bully is in power, the testosterone gets released.

This is a preview of Lots of HOA Media Coverage!. Read the full post (142 words, estimated 34 secs reading time)

LOL! That’s the lie I’ve been railing against for the past half dozen years.

No, HOAs absolutely DO NOT protect property values. And across the country, homeowners are learning about that the hard way. The latest hair-raising story comes from North Carolina.

Police in Wake and Johnson counties confirm they’re investigating possible embezzlement of more than a half million dollars from more than two dozen Homeowners Associations managed by Kornerstone Community Management.

Let’s see, I’ve got a home in The Wellington HOA I’d like to sell. Oh, a special assessment? To cover all embezzlement costs? Now, where did my prospective buyer go? Guess I’ll have to lower the asking price again.

This is a preview of But Don’t HOAs Protect Property Values?. Read the full post (130 words, estimated 31 secs reading time)

One of the most articulate and intellectual bloggers in the homeowners rights movement is Deborah Goonan. A critically important recent column of hers is one that’ll be overlooked by most of us, the so-called Housing Opportunity Through Modernization Act. It would force the FHA to ease regulations on mortgage financing for those buying condominiums. On the surface it sounds like a great thing, lowering down payments, reducing the mandated number of owner-occupied units.

This is a preview of Goonan on HOTMA. Read the full post (209 words, estimated 50 secs reading time)

Most people in our network already frequently check into Shu Bartholomew’s incredible weekly radio show, On The Commons. Everybody who’s anybody in the homeowners rights movement has been interviewed by Shu at least once. But this weekend’s show had a ‘first-timer.’ And what a first-timer it was!

The guest was Judy Thomas, the reporter behind the huge HOA investigative series in last week’s Kansas City Star. Judy says she’s gotten responses from all over the country. Strange, because so many other major newspapers have turned down stories about the HOA mess because they assume it’s a non-issue.  It’s getting more and more difficult for professional lobbyists like the Community Associations Institute (CAI) to pretend that almost all homeowners are happy with their HOA. It’s obvious that millions, even tens of millions of homeowners have been burned by the national HOA scam.

This is a preview of Judy Thomas On The Commons. Read the full post (158 words, estimated 38 secs reading time) 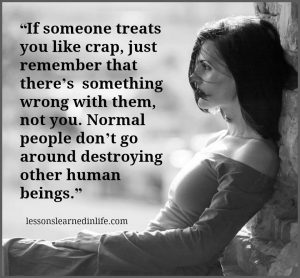