Ward Lucas is a longtime investigative journalist and television news anchor. He has won more than 70 national and regional awards for Excellence in Journalism, Creative Writing and community involvement. His new book, "Neighbors At War: the Creepy Case Against Your Homeowners Association," is now available for purchase. In it, he discusses the American homeowners association movement, from its racist origins, to its transformation into a lucrative money machine for the nation's legal industry. From scams to outright violence to foreclosures and neighborhood collapses across the country, the reader will find this book enormously compelling and a necessary read for every homeowner. Knowledge is self-defense. No homeowner contemplating life in an HOA should neglect reading this book. No HOA board officer should overlook this examination of the pitfalls in HOA management. And no lawyer representing either side in an HOA dispute should gloss over what homeowners are saying or believing about the lawsuit industry.

This truth applies to all of us! 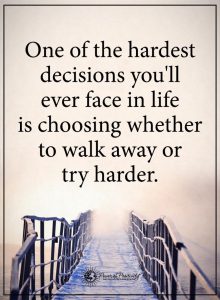 Slowly, very slowly, members of Homeowners Associations are discovering that the basic design of American HOAs is fundamentally and profoundly flawed. The system encourages embezzling. The system of double-checks that marks all traditional governments was just never built into the HOA system.

The latest alleged embezzlement was only discovered by accident. More than a quarter million bucks is missing from an Arizona HOA and each homeowner is going to be straddled with special assessments. “Gosh, I thought Homeowners Associations protected property values?”

Buy into a Homeowners Association and risk your life savings. That’s just the way it is.

This is a preview of Get The Embezzling Message Across!. Read the full post (107 words, estimated 26 secs reading time)

Lots of negativity in the HOA world. But on the other side of the fence there’s an interesting plea which we could actually network into something positive.

Anyone who knows someone in the San Antonio area please pay attention.

The word is that there’s a retired Air Force pilot who’s battling leukemia. The city has threatened to fine him because his grass is too high. There may be some other issues as well. Obviously, his health is preventing him from mowing his yard himself, but a family member who lives elsewhere in the country is trying to find someone or some agency which can help this fellow.

This is a preview of This Could Be Interesting!. Read the full post (142 words, estimated 34 secs reading time)