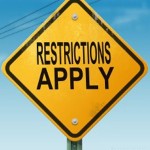 They’ve been called ‘private governments’ because they operate largely outside the control of traditional established government. Neighborhood covenants, controls and restrictions take precedence over such mythical concepts as freedom of speech, freedom of assembly, the right to bear arms, equal protection, the right to privacy in one’s home. In fact, in thousands of cases across the country homeowners are discovering that snooping, spying and reporting on others is de rigueur. In the HOA system there is no such thing as privacy. Violators of local rules have no right to trial by jury, in fact the governing boards play simultaneous roles of judge, jury and executioner. And the number of lawsuits inside the HOA movement is exploding.

These ‘sub-governments’ are the fastest growing part of the housing sector. Traditional governments are refusing to allow developers to build homes unless they create these little gestapo neighborhoods. In many suburban areas across the country up to 100 percent of all new homes are built within these controlled neighborhoods, making them in essence, de facto governments. Yet these ‘governments in fact’ are unimpressed and uncontrolled by the Constitutional restrictions our founders created to protect the citizenry.

The Community Associations Institute, which thrives on the billions of dollars paid to private management companies, debt collectors and armies of lawyers, claims that 70% of HOA members think of the experience as positive. Surveys by groups not connected with the CAI report a different experience. In fact there is a tidal wave of homeowners who say they’ll never live in an HOA again.

According to Janet Portman, editor of Nolo Press in Berkeley California and author of “Every Landlord’s Legal Guide.”, homeowners in the community are treated more like tenants than property owners. New homeowners often find themselves being fined or sued for incredibly minor violations like having an oil spot on a driveway or leaving a trash can outside a few minutes longer than the prescribed deadline. Claiming that board members are guilty of the same violations is not a defense, so it’s not uncommon for new HOA residents to begin believing there are two distinct sets of rules; one for the ruled, and one for the rulers.

The big club being wielded by board members and HOA management companies is the threat of sudden foreclosure, and in 37 states that means non-judicial foreclosure. Homeowners can and have found their homes confiscated and sold on the auction block without the case ever being heard by a judge.

This blog, by the way, is meant to be interactive. Please share your own stories while we take names and kick butt. And we’ll build a list of other resources for beleagured homeowners.  Post your comments, or tweet me @ward_lucas — I would love to hear your stories!