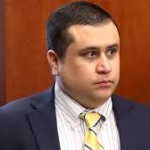 Folks, now I’m not so sure I was right. It turns out that Zimmerman’s defense attorney is dumber than a box of rocks.

From many media sources quoting the opening statements, Zimmerman’s lawyer started with the following knock-knock joke:

“I know how this may sound a bit weird in this context under these circumstances. But I think you’re the perfect audience for it as long as you — if you don’t like it or find it funny or appropriate, that you don’t hold it against Mr. Zimmerman, you can hold it against me. I have your assurance you won’t?  Knock, knock. Who’s there? George Zimmerman. George Zimmerman who?  Alright, good, you’re on the jury.”

Zimmerman, I’m telling you now. Your attorney is the biggest loser on the block. You’re facing second degree murder charges, my friend. You’re facing years in the slammer. The facts may ultimately show that you were actually on your back defending your own life when you fired that gun, killing Trayvon Martin. But the jury won’t remember any of those facts. They will, however, long remember that knock-knock joke. Zimmerman, my man, fire your lawyer and start representing yourself. You couldn’t do much worse.

Homeowners Associations everywhere should be trembling at the thought of the kinds of lawsuits they’re going to be facing. If Zimmerman is convicted, it’ll be a national symbol of the disgrace known as Homeowners Associations. It’ll be a symbol of the reality that people living in those precious gated communities are living under a false pretense of security. Zimmerman’s HOA has already paid out at least a million dollars to settle a wrongful death lawsuit.

If Zimmerman is found not guilty, he’ll have all the excuse in the world to sue his own HOA for not supporting him in his time of need. After all, he was the neighborhood watch captain. If he’s found guilty, then every HOA in the country will become a magnet for lawsuits.

Regardless of the outcome of this case, it’s going to be a grim time to be a member of a Homeowners Association.

1 thought on “Trayvon Martin Trial, and the Idiotic Knock-Knock Joke”