The news this past weekend was shocking! Blondie Brewer signed Senate 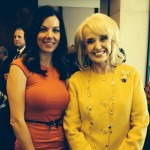 This controversial bill essentially eliminates crime-free programs in HOAs. It banishes criminal background checks on renters, and will allow criminals to move in right next door to your family.

Homeowner advocates are lining up at the courthouse to file their lawsuits to block SB 1482. As a community manager in Mesa, Arizona, I have now filed my own lawsuit to block this bill from becoming law.  I believe there are serious Constitutional issues with this legislation.

The Stakeholders of this bill, none of whom were actually homeowners, told the Legislature that SB 1482 wouldn’t affect crime prevention programs. They’re dead wrong.

This same sneaky legislation slipped its way through last year. Rep. Ugenti hid it by tucking it away in a campaign finance bill. It was deemed illegal because it violated the state constitution and it was thrown out by the courts.

Do Blondie Brewer and Bimbo Ugenti just not care about the safety of folks and their children who live in HOAs?

In the end the Party would announce that two and two made five,and you would have to believe it.