From my previous Wichita, Kansas story you might recall folks there have some weird and wicked things happen to them.

Rozalin Taylor was away from home for a few hours, and stunned by what she saw when she returned. Half of her roof was gone, not because of wind, but because of a lost roofing crew. At first, Rozalin thought she was being surprised with a new roof compliments of members of her church.
Reality set in and she went searching for whoever had done the damage and left truck tracks in her lawn. The roofing company working right down the street claimed no knowledge of ever being on her roof.  Finally, some helpful friends papered the bare roof to help protect her from an approaching storm.
Rozalin learned she wasn’t the first homeowner in the area missing part of their roof simply because a roofing company couldn’t read addresses!
Could somebody please buy these guys a GPS?
http://www.kake.com/home/headlines/Roofers-Take-Wrong-Roof-Leaving-Woman-In-Need-217486501.html
Permanent link to this post (154 words, estimated 37 secs reading time)

With all the madness surrounding the George Zimmerman verdict Americans are having to deal with a whole series of tragedies. First and foremost is the death of Trayvon Martin. The second tragedy is that the Sanford Police department, inexperienced at handling complex crime scenes, just did a poor job of thoroughly processing the area of the murder. They should have canvassed the entire neighborhood looking for every possible witness. They simply didn’t have all the evidence that could have been gathered and presented to prosecutors.

But there were more tragedies: The political involvement of Florida Governor Rick Scott, who was pressured to appoint a special prosecutor, Angela Corey.

This is a preview of Our National Tragedy. Read the full post (299 words, estimated 1:12 mins reading time) 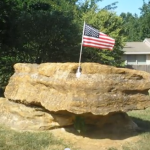 With the 4th of July festivities just over, there’s an interesting YouTube video from a Kansas Homeowners Association I know well. The HOA has a thousand human residents and just as many dogs with 513 individually-owned units, many in a state of decay,  and a board that runs the place like a Nazi concentration camp armed with ice cream socials and lawsuits a la mode.

Well, last year they held a huge 4th of July parade to celebrate and put the “neighborly love” on display. This YouTube video says it all: 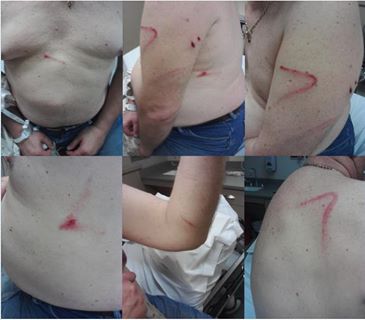