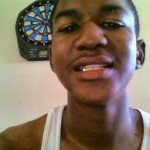 A young man is dead, and that certainly is a massive tragedy. But another man’s life was ruined with all the racial allegations connected with the ‘murder’ of another man, and possibly ruined by a vengeful prosecutor who went to the bar with no evidence.

My big question is, should the prosecutor have charged Zimmerman in the first place? I’ll speak to some of the reasons he should not have, but first let’s look at a case of prosecutorial misconduct that happened at Duke University. Yes, the Duke Lacrosse team.

There was zero evidence of a rape of two strippers hired by the lacrosse team. Yet Durham County prosecutor Mike Niphong continued pushing, publicly calling it a gang rape, and making other outrageous statements about the alleged guilt of the lacrosse players. The players were later exonerated, Niphong lost his job as a prosecutor, and then was stripped of his law license by the North Carolina Bar Association. 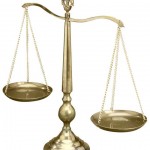 But let’s toss in one final bit of knowledge in the Trayvon Martin case. Everyone involved in the case knows that Florida has one of the strongest ‘stand-your-ground’ laws in the country. All you have to do to pull the trigger is to “reasonably believe that you were facing death or great bodily harm.”

Zimmerman had injuries to his face and the back of his head. If he didn’t believe he was facing great bodily harm, he would have been an idiot.

The prosecutor had to prove Zimmerman did not have reason to have such fear. Yet his star witness was a perjurer and was still allowed to testify. The standard for the jury is “beyond a reasonable doubt.” Did the prosecutor think he could prove BEYOND A REASONABLE DOUBT that Zimmerman was not afraid of bodily harm?

There are still some interesting things left to come. From the beginning, the national media and many public figures have tried to exploit every possible racial trigger. It’s impossible to predict how the public will react once the final outcome is announced. 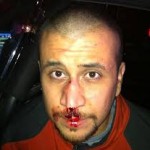 I guarantee you, homes in The Retreat At Twin Lakes Homeowners Association are not going to be selling well.

George Zimmerman has an incredibly good case against his Homeowners Association for not supporting him in his time of need. They were the ones who wanted a neighborhood watch. They were the ones who accepted Zimmerman’s offer to walk the streets at night. But when the time came for him to show heroism and stand up against a potential burglar, they walked out on him.

This neighborhood has already tried to walk out on Zimmerman by paying Trayvon’s attorneys a million dollars to ‘settle’ this case. But it’s not settled, not by a long shot. Now, it’s Zimmerman’s turn.

They’re going down the toilet.