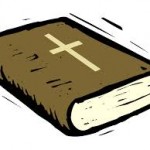 The young lady is resisting and even tried to explain her side to the board members. They shouted her down. Now it’s fines and liens and pending lawsuits. The HOA has even cancelled pool permits for the family’s kids.

In days of old, Texans would have resorted to six-shooters at sundown. These days it’s all about shaming the kids until the parents submit.

Highland Creek Village HOA. Another one to avoid like the plague.