Darcy, you have done it again! You have located and exposed one of the worst HOA presidents in the country. I sincerely hope you’re winning a whole series of Emmy Awards for your HOA Hall of Shame feature on KTNV-TV in Las Vegas. Since I retired from the TV business four years ago I don’t have a chance to go back and emulate your reporting. But dang! Keep it up, girl!

This is a preview of I’m in Love with Darcy Spears!. Read the full post (367 words, estimated 1:28 mins reading time)

I’ve long argued that signing HOA documents for all intents and purposes, trashes any rights a homeowner thinks he has under the U.S. Constitution. The Second Amendment says the government may not interfere with the right to keep and bear arms.

But the Pleasant Hill Condominium in the Bay Area thinks it has a better idea than the U.S. Constitution. Guns aren’t politically correct, so anyone with an interest in guns deserves to be tossed into the street.

This is a preview of HOA Cancels the 2nd Amendment to the Constitution. Read the full post (248 words, estimated 1:0 mins reading time)

The cops probably arrest one out of every 10,000 HOA embezzlers. It’s a crime that’s very hard to catch in the typical HOA structure. But here’s the latest suspect to be arrested.

41 year old David Russell Nero was treasurer of the Ashley Farms Property Owners Assocation in Dover Township, Pennsylvania. He’s now charged with stealing more than $60,000 from his neighbors in 2010 and 2011.

WPMT television reports that Nero is accused of forging 76 checks. He’s also charged with cashing out a CD that was bought by the Association.

This is a preview of Another Day, Another Embezzlement Arrest. Read the full post (129 words, estimated 31 secs reading time) 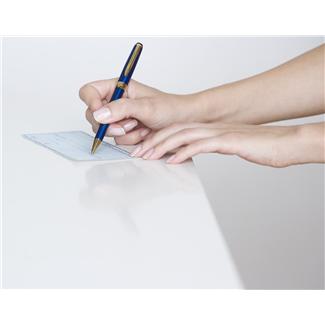 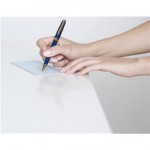 People in Kansas and Missouri Homeowner Associations must have wondered why they weren’t being hit by embezzlers.  Were they just more honest, maybe luckier?  Maybe people in the Midwest just respect each other a little more?

But then, maybe not.  The feds in Las Vegas have learned how the corrupt HOA system is bleeding dollars away from homeowners across the nation. Now U.S. Attorney Beth Phillips theft has released info that should shock a lot more homeowners.

She has arrested the owner of a Kansas City business for stealing more than 750,000 dollars of money from his neighbors.  And he has pleaded guilty. Dozens of homeowners associations were hit while 53 year old Dale Palmar of Kansas City, Missouri just raked it in.

This is a preview of Midwest Residents Latest to be Hit by Embezzlers. Read the full post (218 words, estimated 52 secs reading time)