There was an interesting column from a blogger a couple of weeks ago about the bizarre proposed legislation in Virginia that would allow HOAs to fine ANY homeowner for ANYTHING as long as the CC&Rs didn’t specifically ban such fines. It has to be one of the biggest proposed power grabs in history. The column is fascinating and worth reading, in that it was written by an HOA president who opposed this fascist piece of legislative work.

But what really caught my attention is this columnist’s belief that this piece of legal outrage is supported by Republicans who traditionally oppose big government.

This is a preview of The Virginia HOA Power Grab. Read the full post (251 words, estimated 1:00 mins reading time)

I have a lot of sympathy for Chris Gilson, a homeowner in the Brandermill Community Association in Chesterfield County Virginia. But I also have a prediction. He’s about to lose his home and his life savings. 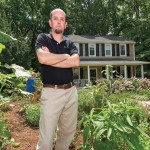 After years of unsuccessful attempts to plant a lawn in his rocky front yard, he planted a vegetable garden, which has grown quickly. Now his HOA is fining him ten bucks a day until he removes it. The HOA says it’s going to assess that fine each day for 90 days. Gilson says he’ll be glad to pay $900 for the privilege of keeping his garden. But the poor fellow just doesn’t get it.

This is a preview of Home Gardener About To Get Bashed. Read the full post (444 words, 1 image, estimated 1:47 mins reading time)

Ah yes, Good Friends. This is the season where bad neighbors are supposed to join hands, ill will is forgotten and life is reborn. After all, the Christmas holiday theoretically celebrates the birth of Jesus Christ, the human form of God Almighty. The birth of Jesus and His subsequent ministry changed the world in a mightier way than any other man, religion, idea, or concept in history.

This is a preview of ‘Tis The Season To Be Folly. Read the full post (506 words, estimated 2:01 mins reading time)

Shawn Marie Bianco, of 109 Georgetowne Court was arrested by the Sheriff for embezzling from three organizations in Virginia. Two were Parent-Teacher Organizations. One was the Georgetown Court Homeowners Association.

She said she needed the money for several things, including braces for the kids’ teeth.

She asked her friends not to mention her name anywhere.