There’s no other word to describe it. As the husband of a severely handicapped woman, I seethe with anger whenever I see abuse of the elderly, or abuse of the handicapped.

A lawsuit has just been filed in Las Vegas, Nevada by two handicapped elderly women, both military veterans, who are being hounded out of their HOA because they bought a van to accommodate their respective disabilities. 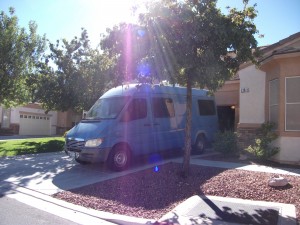 Board members of the Spanish Steps Lakeside – Park View Estates Homeowners Association have decided the van used by the women is an illegal commercial vehicle despite the fact that it has handicap placards. The women have endured two years of threats, fines, liens and lawsuits.

Bill Fry, an officer with the Army National guard, was returning from fighting in Iraq. All of a sudden he learned his HOA, The Spring Lake HOA of Mineoloa, Texas, had filed a lawsuit against him and his family because they put up the swingset to keep his kids company while he was gone.

It’s not an outrageous swingset. It’s not candy apple red and doesn’t flash with florescent colored lights. It’s just a nice wood and canvas politically correct swingset. But the officials at Spring Lake have gone apoplectic. They want it taken down, NOW!

This is a preview of Texas Takes Aim Against Another Serviceman. Read the full post (230 words, estimated 55 secs reading time)

America will never be destroyed from the outside. If we falter and lose our freedoms, it will because we destroyed ourselves.