Our frigid weather and snow here in Colorado reminded me of a video story I did several years ago on a beloved dog. Her name was Glory. And her name was a perfect description of a dog sent to me from Heaven.

If you want any proof that Americans are living in a post-Christian era, you need look no further than Highlands Ranch, Colorado, one of the largest Homeowners Associations in America. Almost 100,000 people live here, and tonight I am dying in shame over the gutlessness of this community.

For years, Highlands Ranch has collected Christmas toys for needy children across the world. Among those organizations sponsoring the toy drive are Samaritan’s Purse and Operation Christmas Child.

This is a preview of Screw Christmas!. Read the full post (409 words, estimated 1:38 mins reading time)

The Georgetown Commons Townhome complex is a cheesy little place. You can buy in for, say, 100,000 or so. But lots of neighbors there are spitting mad at each other during this nice Yuletide Season.
Seems there’s a new rule about decorating for Christmas. Just don’t. Whatever you do, you’re bound to fun afoul of a fascist group of HOA leaders who have some strict new rules about decorations.You can only have one free-standing decoration on a porch or sidewalk. NOTHING in the yard! No Christmas wreath, nothing at all attached in any way to the building itself.
Now, Christmas lights are permitted indoors. But absolutely every decorative light that’s likely to be seen through a window MUST be white. And no decoration of any kind can be placed two weeks before or two weeks after Christmas.
Oh yes, and did I mention the fines? Yup, there’ll be fines. The Eric Rehak family has already rung up more than $500 bucks in fines and the season’s not even half over.
Now, wouldn’t it be fun to have a cheesy little Christmas in cheesy Georgetown Commons?
“Honey, let’s go look at a new townhome in Georgetown Commons in Murrysville, Pennsylvania. Betcha property values will be in the toilet soon. You know we could get a real deal. Honey?”

This is a preview of That’s The Christmas Spirit!. Read the full post (219 words, estimated 53 secs reading time)

Yes, Virginia, there really IS a Santa Claus. Except that she lives in Prescott, Arizona, and she’s been heavily ‘gifting’ herself with wads of cash. HOA cash. At last count, the total was $33,000. She’s being asked a few questions by the local gendarme, but heck, it’s Christmas. And surely homeowners in the Beaver Creek Village POA would have given her that money anyway. Get ready, Suckers, for the special assessments.
http://www.abc15.com/dpp/news/region_northern_az/prescott/kala-pearson-accused-of-embezzling-from-n-arizona-homeowners-association 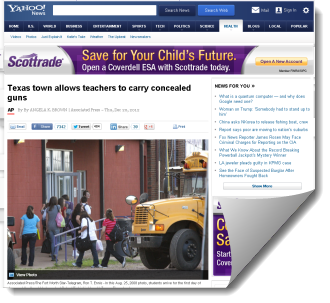 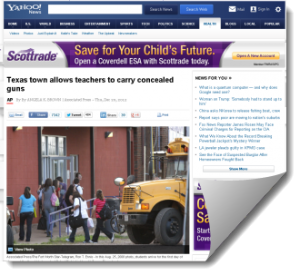 This is a preview of The Horrible Newtown Tragedy. Read the full post (170 words, 1 image, estimated 41 secs reading time)